When you think of ministry what comes to mind? For so many of us, when we think of ministry we think of Billy Graham, pastors we have seen on TV, or perhaps our local pastor, but; did you know that if you are a Christian, you are called to ministry? “Who, me?” Yeah, you! Those who occupy the pews more often than not have the idea that it’s the “professional” minister who is called to do ministry, the big named evangelist who is called to reach the masses; it’s the anointed worship leader who will do the work of ministry.   So many sit comfortably in their pews under the misconception that all they are called to is to love the Lord, come to church regularly and “be fed.”

You hear people say, “I’m just not getting fed.” Why not? You have the same Holy Spirit, the same Jesus. Yes, the “five-fold office gifts” (please, let’s not argue over semantics) are to feed and teach to some degree, but; you the believer are to abide in Christ, sit at His feet and hear His voice. John tells his hearers in his first epistle that the “anointing” you have received teaches you. You know, when all we do is continually eat we can become obese and doctors tell us that obesity is a primary cause of all kinds of diseases. Maybe that’s why we have so much sickness in the church, because all we’re doing is gorging ourselves and not doing ministry- I’d better stop.

We find that in Ephesians 4 the bible tells us that Jesus gave gifts to the church: Apostles, Prophets, Evangelists, Pastors and Teachers for the equipping of the saints (that’s you if you are in Christ) for the work of the ministry (your Bible may say work of service or something similar). So really, the job of the “vocational minister” is to equip the saints do ministry. We need to move away from this “clergy/laity mentality” and understand that all who are in Christ are called to do the work of ministry. Ministry, is something all believers are to do.

Okay, so what does it mean to be equipped ?  Well if you study the word translated equip you find that the word refers to that which has been restored to its original condition, is being made fit or being made complete. The root word was used as a medical term used for setting bones! Secular Greek also used it to refer to the furnishing a house. Paul’s use in the context of the Body, the Church, pictures the complete furnishing of the believer so that he/she might be made ready to fulfill their purpose in the body of Christ where they have been placed by God’s Spirit. This equipping denotes the “net-mending” process the fishermen would utilize, equipping the net to catch the fish. The Greek word denotes not so much an adding something that is lacking, but rather a straightening out. We have handed all ministry over to the “professionals” when in reality it is the job of the “professional” to equip the saints to do ministry themselves! 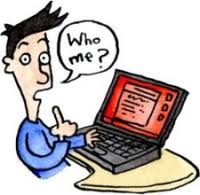 a holy nation, God’s very own possession. As a result, you can show others the goodness of God, for he called you out of the darkness into his wonderful light.”

2 thoughts on “Who,me? (Equipped for Ministry)”