We’ve been talking about prayer lately. We’ve asked ourselves the question, “Why should I pray?” We’ve discussed the fact that when we pray we should keep in mind that we are praying to a holy God. Now, I’d like to look at how we know what we are to pray.

“And Elijah the Tishbite, of the inhabitants of Gilead, said to Ahab, “As the Lord God of Israel lives, before whom I stand, there shall not be dew nor rain these years, except at my word [emphasis mine].” (I Kings 17:1)

” Elijah was as human as we are, and yet when he prayed earnestly that no rain would fall, none fell for three and a half years!” (James 5:17)

When we first meet the prophet Elijah, he kind of pops up on the scene and announces that it won’t rain unless he says so. That’s definitely a bold statement to make. What catches my attention even more than the claim that it won’t rain is the statement he makes, “…except at my word.” What gave Elijah the confidence (maybe audacity is a better word to use) to make such a claim? I think reading James’ commentary on the deal gives us a little more clarity. James said Elijah prayed earnestly (lit., “prayed with prayers”) that it wouldn’t rain.

Elijah said that he stood before the Lord. In other words, he served the Lord continually. He was a man who spent time with God, developing an intimate relationship with Him. As he “stood” before the Lord, the word of the Lord came to him, and that let him know how he should pray. James lets us know that this wasn’t just a casual offering up of a prayer or two, but earnest, continual prayer regarding what the Lord had spoken. Elijah was so “in tune” with the Lord, knowing His heart so well, praying only that which God had spoken to Him, that he was able to say, “It won’t rain unless I say so.” He knew what to pray (and say) because it was the very word of the Lord that had birthed the prayers  in him!

You can see another example of this kind of thing in Daniel 9. The Bible says that while Daniel was reading the writings of Jeremiah, he understood that the period of Israel’s desolation was complete 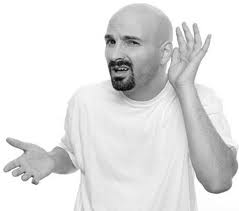 , and this understanding moved him into a time of prayer and fasting. What Daniel read in Jeremiah provided the framework for his prayers.

How do we know what to pray? I think in light of what we’ve looked at today, we can confidently say that the Lord desires to birth His prayers within us through an abiding relationship with Him, and as we hear Him speak, we understand His heart and know what to pray.