(In part three we continue to explore the idea that by giving the Spirit as an arrabon, the eternal Lord and master of all creation has, in effect, said to his beloved, the church, “With this ring, I thee wed.”)

It is clear that the usage of arrabon was prevalent at the time the Apostle Paul wrote his letter to the Ephesians, and if one accepts as fact divine inspiration in regards to the writing of scripture, one can quite logically infer that God himself inspired Paul to use the term arrabon, and that it has been purposefully selected to reveal an aspect of the Holy Spirit which had heretofore been unrealized. Keeping in mind the etymology and colloquialism of arrabon, as well as its pertinence within modern society, the theological impact of the Holy Spirit given as an arrabon becomes readily apparent and the significance of this act within the life of the believer reveals promise both for the present and the future.

Paul tells us in his letter to the Ephesians, “In Him [Christ], you also, after listening to the message of truth, the gospel of your salvation–having also believed, you were sealed in Him with the Holy Spirit of promise, who is given as a pledge of our inheritance, with a view to the redemption of God’s own possession, to the praise of His glory.” (Ephesians 1: 13, 14 NASB) So far, we have established the definition of the term arrabon by exploring its etymology and the colloquialism of the period in which Paul used it.  We have learned that it is something given to an individual, “in earnest”, in assurance that full consummation will occur. Now we seek to understand the theological ramifications of this most blessed arrabon. It is perhaps a common practice among writers to bring the reader along a thoughtfully laid out path of evidential citations, making use of the volumes of academic wrote, and gradually build up (saving the best for last) to a point of climactic proportion in which the reader is finally possessed by rapturous comprehension as to the writer’s assertions. However, in the case of arrabon, the magnitude and wonder of all it represents, presents the writer with such a plethora of glorious implications that one scarcely knows where to begin. There is no need to save the best for last; as the term arrabon itself implies, “We may begin here, at this point; but, it only gets better.” 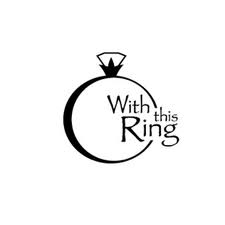 Green has grasped the reality of arrabon and so he tells his readers that the Holy Spirit is a real part of the age to come, that the believer possesses right now! He refers to the Holy Spirit as the engagement ring that assures us that there is so much more to come. The Spirit is God’s “first installment”, a down payment of the future salvation we will inherit. The Holy Spirit is a part of the future, now!  “He [the Arrabon] is the heavenly Lover’s engagement ring given to us. We shall carry that engagement ring with us into God’s future, when we have the full wedding ring of final union with Christ.”[1]  This life we have in the Spirit, this arrabon we have been given, is, in fact, a taste of heaven, a likeness of the life we will have when our union with Christ is consummated.

Imagine the sublimest, most treasured experiences of the Holy Spirit we have ever had and then realize they are only a foretaste, the tip of the tongue on the spoon, of what is to come. Remember the release in coming to Christ and knowing you were forgiven? Remember that time when in worship you were smitten with awe?  Remember that time you followed the Spirit’s leading and were wonderfully used? Remember the satisfaction of finding the fruits of the Spirit with goodness   where you once responded wickedly? Think of all this and then multiply it a  millionfold. Here, on earth, we have experienced the first dollar of a million celestial dollars-the earnest. We have the dawning of knowledge, but then we will have the midday sun.[2]

Paul, in several passages of the NT, speaks of an inheritance which those in Christ have received. The Apostle Peter echoes this fact, assuring believers that there is indeed an inheritance which awaits them, an inheritance which is “imperishable and undefiled and will not fade away, reserved for you in heaven.” (I Peter 1:4 NASB)  Indeed, much has been written in regards to the believer and his future in God. Jesus himself said that the glory that God had given him, he gave to the believer. (John 17:22 NASB) The Bible speaks of “Christ in you, the hope of glory.” (Colossians 1:27 NASB) The Bible says that when Christ appears, the saints will also appear with him in glory. (Colossians 3:4)  The Shekinah glory of God will be seen in every believer, we will indeed “reflect the glory of his grace”. “The believers inheritance is God himself and all that God bestows.”[3]  The arrabon received serves to affirm that the full inheritance will indeed be procured.

It is impossible, in our present context of mortality, to grasp the full implications of our inheritance in Christ. One can recount all of the promises of God and try to conjure images of what it will be like to physically be in his presence, yet our limited perception prohibits us from appreciating or comprehending the reality of such an inheritance. In fact, the magnitude of such an inheritance, compounded with the finite limitations of human apprehension, can reduce one to speculating as to whether or not such a thing can be true- ARRABON! Our wonderful savior did not leave us with a mere promise and an exhortation to “have faith”; he has given an arrabon whereby we may now, at this present time, experience an infinitesimally small portion of the full inheritance that awaits us at the consummation of the eschaton. The Spirit of the new age has indeed broken in upon the old. This arrabon is the first installment of the believer’s inheritance in the kingdom of God.[4]