Whereas Christianity portrays God as sovereign creator of all that is, holy and entirely separate from all else; New Age theology is founded upon the idea that each individual as well as all of creation is in fact God. Although various elements of New Age thought has integrated itself into modern ecclesia via Postmodernism, a brief exploration of New Age theology will prove to the astute student of the word that such integration is to be avoided in that New Age theology is not compatible with orthodox Christianity.

Whether from Eastern religions, the occult, the new psychologies, the “frontier” theories of science, New Age politics or New Age versions of Christianity, various ideas with a common theme are converging on our culture, pressing their way to the philosophical and ideological center of society. A new world is in the  offing; a revolution in consciousness beckons. All is one-both good and evil. We  are all god-and our first-graders should no it. The mind controls all- if we only use  it. These are ideas-potent ideas-that have consequences for the whole life. They  are shaping the lives of more and more Westerners.[1]

In the quote cited above, Douglas Groothuis provides a look at the zeit geist in the 21st century as well as a succinct summation of New Age religion and theology. Many adherents of the New Age mindset would argue that they have no substantive theology in that they are not a religious movement per se. However, if one concurs with psychologist Erich Fromm’s definition of religion in which religion is defined as “any group shared system of thought and action that offers the individual a frame of orientation and an object of devotion,”[2] New Ageism clearly possesses all the qualifying characteristics of a religious movement. Indeed, New Ageism is an amalgamation of many sources including: Astrology, Channeling, Hinduism, Buddhism, Zen, Taoism, Theosophy, and Wicca.[3] In light of Fromm’s aforementioned definition of religion, it is clear that acknowledged or not; New Ageism is a religion in which man’s frame of orientation is his own created reality, and his object of devotion is himself as god.  This idea of man as god is perhaps the capstone of New Age Theology.

“According to the New Age, man must transform himself. He does this by changing 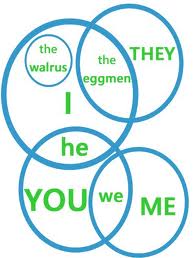 his consciousness and actualizing his divine nature. In doing so he becomes aware of his inner divinity.”[4] In the early 1960s, at the dawning of the Age of Aquarius, hallucinogenic drugs were utilized to create this altered state of consciousness, but as the New Age gained momentum (largely due to the influx of Eastern religions); mystical experiences and alternative conscious altering techniques began to emerge as the new portal to divine enlightenment. According to New Age theology, “man’s self is an ideal that surrounds any demands of time and the human physical body. Expressed in another way, we are the extraterrestrial emergent[5] God. We can then conclude that our human spirit is an extraterrestrial God residing within our mortal human body, and when we meditate, our mind (intellect) comes in touch with our spirit-self.[6] Such mystical experiences led the New Agers to believe that they are truly one with the universe and a part of God. They began to believe that they had uncovered the divine potential resident in all men.[7] And, it became their goal to help everybody discover this reality.

According to New Agers, humanity can become attuned to all the powers of its godhood by achieving unity of consciousness; only the unity of all can bring the well-being of all. Unified consciousness is the key by which all men can tap into their inner-divinity.  According to New Age theology, only the unity of all can bring the well-being of all. The godlikeness within us all; perfect love, perfect wisdom, perfect understanding, perfect intelligence; can only be achieved through the unity of consciousness.[8] It is this writer’s belief that the push for global unity prevalent in the world today is a product of New age theology, and eschatological in its relevance. “The new consciousness entails a unified worldview-“we are all one- a belief in a higher power, though this being need not be clearly defined. It is about healing-healing the earth, healing the marketplace, healing the individual psychologically and physically (Heelas, 1996, p.81). Within the New age, no one belief system is better than another and all have something to offer.”[9]

5. It is ironic to this author that Mr. Mall used the word “emergent.” One is made to think of the “Emergent Church” in which many aspects of New Age theology have been incorporated.