Generally, when someone is spoken of as being dead, it’s over. For the dead, there is no hope. And that’s just how Paul describes the condition of the believers at Ephesus (and us) prior to coming to Jesus- dead! “And you were dead in the trespasses and sin in which you once walked following the prince of the power of the air, the spirit that is now at work in the sons of disobedience— among whom we all once lived in the passions of our flesh, carrying out the desires of the bodyand the mind, and were by nature children of wrath, like the rest of mankind.” As we continually turned away from God and went after whatever we felt like we wanted, whatever our minds and bodies told us would be good, we were “being dead.” (Being dead, that’s how it comes across when you read it in the Greek.) Talk about your zombies! Before we came to the Lord, that’s basically what we were- the walking dead. Yep, Ephesians 2:1-3 paints a pretty bleak picture. Namely, you, me, and the rest of the world, without Jesus, are a people controlled by our passions, influenced by spiritual power which is opposed to God, and by our very nature, separated from God and destined for wrath. Pardon my English, but that aint cool. If we stopped at verse 3, it would seem that there is little hope for any of us. However, verse 4 begins with what are two of my favorite words: BUT GOD!

“But God, being rich in mercy, because of the great love with which he loved us, even when we were dead in our trespasses, made us alive together with Christ…” Oh, I wish we could grasp the reality of what is being said here. Because God loved us so much, because he is so full of mercy, he has not left us in our 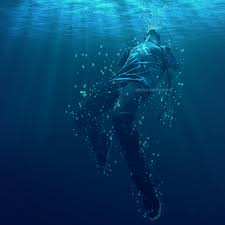 Maybe you have gone so far that you don’t see how it can be made right. Could be you can’t even stand the sound of your own voice, and even you don’t believe a word you say. Perhaps everything they say about you is true, and if you were honest; you’d have to admit that they don’t even know the half of it. Maybe, like me, you are guilty of sins that would freak people out if they ever knew it all. Dead, naturally disobedient, controlled by the devil, living for my passions and lust, just like everyone else, and destined for wrath- BUT GOD!!

Come now, let us settle the matter,
says the Lord.
Though your sins are like scarlet,
they shall be as white as snow;
though they are red as crimson,
they shall be like wool.