“Son of man, I have made you a watchman for the people of Israel…”

More often than not, when you listen to so-called prophets today, their message is one of blessing, victory, the thrill of being God’s anointed, and instructions as to how you too can receive the awesome mantle that God wants to give you. One thing you don’t hear too much about is sharing in the “suffering of God,” and the suffering of others.

It is truly amazing when you look at the life and ministry of the prophet Ezekiel. Here is a man that did not escape the difficulties resulting from  the judgment of God upon his rebellious people. Ezekiel endured exile and ministered to his people as a fellow captive. This was not a man who sat in his house receiving lofty messages from God, and then pontificating the word of the Lord to his audience by some ostentatious means. No, this was a man who lived among his people as one of the people. His prophetic calling did not afford him the reputation of being some super-spiritual mega saint, no; God required him to offer his very life as an example of what was about to befall the nation. Read the first four chapters of Ezekiel, and you’ll see just how God demanded of his messenger wild and even humiliating behavior. Are we willing to allow God to use our lives in what ever way he sees fit in order to reach those around us? 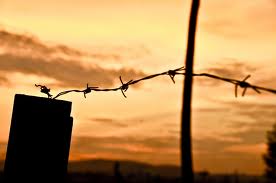 God shared with Ezekiel the brokenness that he (God) experienced over the people’s “whoring heart that has departed from me and over their eyes that go whoring after their idols.” (Ezek. 6:9)  How many of us today move close enough to the heart of God that we weep and mourn over the condition of his people? We desire God’s blessing and anointing, but reject the fellowship of his sufferings. Today, we are more concerned with our rights, how things are affecting our lives, but spend little time at Jesus’ feet so that we might see and share in God’s heart. We put more effort into making sure we can keep our guns and have a right to privacy, than we do in endeavoring to “understand” how God’s Spirit is being grieved. Let us repent of our preoccupation with ourselves, and turn our hearts towards God that we might become preoccupied with him and his desires.

True servants of God rarely resemble the flamboyant superstars prevalent in our churches today, but like Ezekiel, are those who share in the suffering of the people, being burdened by that which touches the heart of God, and offer their very lives as a living gospel.

2 thoughts on “Look Out Man”