Holiness is not a call to isolation from Babylon, but rather the “mode” in which we are to engage it.

Babylon. That place, that world system which the Bible portrays as being at its very core in opposition to God. The Apostle Peter wrote a letter to some 1st century Christians who found themselves scattered throughout Babylon (a.k.a. the Roman Empire), and they were suffering in ways we 21st century “Babylonian Christians” are only now beginning to perhaps identify with. They were without political influence, misunderstood, falsely accused, slandered, shunned, reviled, assaulted and even physically abused. How were they to understand and react? And how are we to be Christians in “Babylon” today?

I’ve suggested that there are three basic ways in which people respond to such conditions as those mentioned above: assimilation, isolation, and rebellion. I believe Peter offers another way, a way for us to see our “exile and suffering in Babylon” in the context of Jesus’ life, death, resurrection and our relationship with him. But before we get to that other way, we decided that we would explore our three other options. We’ve been through the first one (Being A Christian In Babylon: Assimilation), so let’s move on to the second- Isolation.

If as we previously discussed assimilation is not the answer for being a Christian in Babylon, then isolation is just the other side of the same wooden nickel. (You younger readers will have to google that reference.) But for those Christians dispersed on the Anatolian peninsula in 1st century AD, it did have  to be tempting to withdraw.  It would ease the suffering, provide a buffer-zone against assimilation, and besides, “Hey, the world hates us; they won’t miss us if we’re gone. And anyway, the world is going to hell in a hand-basket, let’s just close our eyes, and hold on ‘til Jesus comes back.” Makes sense, right? Even sounds like some of our thinking today doesn’t it?  But that’s not what Peter encouraged them or us to do.
Peter took interaction with Babylon for granted, even necessary. But today, many Christians have withdrawn into their own little worlds. We hide in our churches, take our cars to “Christian mechanics,” use only “Christian plumbers,” and sequester our kids in “Christian schools.”  We have taken Peter’s admonition to be holy as an incentive to have nothing to do with those around us who are not followers of Jesus. But a closer look at what Peter had to say will reveal that holiness is not a call to isolation, but rather the mode in which we are to engage Babylon. 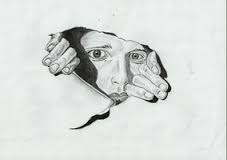 Really, it’s ironic. The definition of “holy” is being separate and/or apartness. Taken at face value, that in itself would seem to promote isolation. Yet nothing could be farther from the truth. After all, was it not the Holy One himself who came and lived among us- who became as we are? So it is that Peter makes Jesus and our inclusion in him the center of our understanding regarding our lives in Babylon. The holiness to which God has invited us to partake of in Jesus is to be the defining characteristic in the lives of Christians in Babylon. This holiness is not one that isolates in some pharisaical fear of contamination, but rather one that engages the culture with a desire to be contagious. Holy lives, separated to God, demonstrating the excellence of the One who called them from the darkness of Babylon into his light. We are a people who have received mercy, and therefore in mercy, we offer Jesus to those who dwell in Babylon, in gentleness and respect.

We don’t fear the wounds which may be inflicted upon us by a godless culture, but like Jesus whose wounds were the means of our salvation; we offer our own lives as a sacrifice through which others may be reconciled to God. Instead of fear, we offer hope, because in our hearts, Jesus is Lord. We resist the lusts of the flesh and the enticements of Babylon in which we once participated not so much to be holy, but because we are holy in Jesus. And all of this is done out in plain sight, in full view of Babylon, so that they may see our lives and “glorify God on the day of visitation.”

Next, we’ll look at the “rebellion option.” Because hey, if assimilation and isolation aren’t the keys to being a Christian in Babylon, perhaps we should just rebel, and take over the whole shebang!