“Blessed are the peace makers…”

Christmas time means gathering with family, and that means getting together with people you haven’t seen in a long time. And often times that means some old wounds that have not quite healed are opened up once again. I was talking with someone yesterday, and from our conversation I could tell that the bitterness he felt towards a member of his family was still very real to him. He briefly recounted the events that led to the dissolution of a certain relationship, and quite honestly, he was justified in his hurt. But what alarmed me was the way he reveled in it, outspoken in his unwillingness to forgive “I’m justified in the way I feel. “he said. “And it’s never gonna change.” It made me sad.

One of the tragedies of our sin and brokenness is the trauma it brings to our families. That group of people that God intended to “illustrate” for us the relationship of the Triune God (and ours with “It”) often suffers in ways which can never be truly mended. Even when we come to Jesus, sometimes the consequences of past behavior remain. You can’t “go back,” and undo the past. And it’s so easy to hold on to the memories, the pain, and the unforgiveness. Years go by, so much water under the bridge, and it’s just impossible to make things right. Impossible that is unless someone is willing to be a peacemaker. 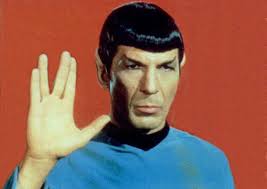 Being a peacemaker doesn’t mean we pretend like the hurt isn’t real. It doesn’t mean that we excuse the offender’s behavior. It means that we choose to love and seek reconciliation in spite of it. And the truth of the matter is that being a peacemaker can be painful in itself. It’s hard to put aside our desire to be right (especially when we are), and allow healing to take place. We can get to a point where we love our hurt more than the person who hurt us. But in order for there to be a chance, someone has got to be willing to love and forgive. Someone will have to value forgiveness and reconciliation enough to suffer for it. Someone is going to have to be like Jesus.

We have no greater image of a person who was willing to suffer for reconciliation than Jesus. He was totally in the right, he had done nothing wrong, and he would have been justified if he had thrown up his hands in disgust.

“[But] He committed no sin, neither was deceit found in his mouth.  When he was reviled, he did not revile in return; when he suffered, he did not threaten, but continued entrusting himself to him who judges justly. He himself bore our sins in his body on the tree, that we might die to sin and live to righteousness. By his wounds you have been healed.”

Jesus bore the pain it took to make things right, the ultimate Peacemaker. And it is his Spirit who can give you the grace needed to do as he did. In him, you can find the strength it takes to forgive and be a source of healing to your family. Come and give yourself to him today. Let him heal you, and then allow him to heal others though you.