Today’s solar eclipse is but the beginning of a series of upcoming celestial events that have some saying it’s the end of the world, the beginning of the tribulation, or an indication that the “rapture” is about to happen. Could be, I don’t know. But what I do know is that we are most definitely on the path towards totality-Jesus is going to totally dominate.

Regardless of how men claim total and absolute power, the day is drawing near when Christ shall appear and the kingdoms of this world will become the kingdom of our God and of his Christ. Although the rulers of this world set themselves and take counsel together saying, “We will not submit to God nor allow him to rule over us.” The Father has promised the Son, “Ask of me, and I will make the nations your heritage and the ends of the earth your possession.” And he shall rule them in totality!

We live our lives like there is no tomorrow, thinking only of how we can please ourselves. We have become so deluded that we deny even the simplest of truths. But the time is drawning near when the totality of God’s revelation of Jesus Christ shall be made known from one end of creation to the other. And on that day, when the total and absolute glory of God is revealed there will be truth and justice. Not 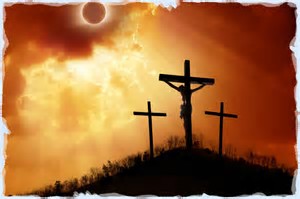 the redefined powerless notions that we have made them to be, but the righteousness of God in totality.

While today is still called today, may we give to Jesus all that we are even as he has given us himself. Humbled, torn apart, and poured out upon the cross on a day in which the sun was also darkened, and God assumed the brokenness of his creation in totality.