Christians in  America today have become consumed by and divided over political ideology. This is unfortunate, and I would argue  “unchristian” as well. I would also argue that it reveals the hypocrisy prevalent in mainstream American “christianity.”  What do I mean? Let me explain.

The “christians” on the right lament, “The left is the antichrist!” Those on the left cry, “The right is the antichrist!” The Libertarians cry, “Both parties are the antichrist!” But they all have one thing in common. But no matter who is in charge, the “church” gladly holds on to their 501c3 and takes advantage of the tax breaks concerning tithes and offerings. The “church” claims that a government that uses tax dollars to fund birth-control goes against their religious beliefs, but then allows those same “atheistic tax dollars” to pay for their churches.  You can wrap “it” up in 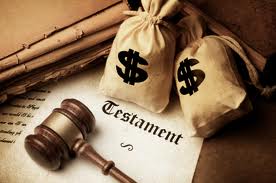 pretty paper, put bows and ribbons on it, but it’s still hypocrisy.

You may not agree with me, but I think the whole political system is “antichrist.” It’s time for the Church to get “out of bed” with the government, and be the bride of Christ. I believe that in the not so distant future the precious 501c3 will be taken away from any group that preaches the truth about Jesus. I believe that the gospel will be labeled as “hate speech,” and persecution/prosecution will be visited upon those who preach it. Why not throw this “yoke” off right now, and repent of the carnal allegiances that divide the body of Christ.