“Somehow he gets thoughtful sitting by himself so much, and thinks the strangest things you ever heard. He told me, coming home, that he hoped the people saw him in the church, because he was a cripple, and it might be pleasant to them to remember upon Christmas Day, who made lame beggars walk, and blind men see.” (From A Christmas Carol by Charles Dickens)

As I have contemplated the shootings in Newtown, watched the coverage provided by the news media, listened to speeches, and read various social media posts; I have been saddened by the immediate political jockeying that has taken place on both sides of the isle and especially by so called Christian political activists. It seems that there is no shame and folks have the ability of taking a horrific event such as the one that recently occurred in Newtown, and making it all about them and their agenda. Christian, we should expect nothing less from the world, but we who are in Christ have so much more to consider.

While it is natural, during times such as this, to have questions regarding Theodicy (why there is evil in the world), as I prayed for the people of Newtown; I began to realize what the people of Newtown need most of all right now is Jesus. Theologians and philosophers have long grappled with the p 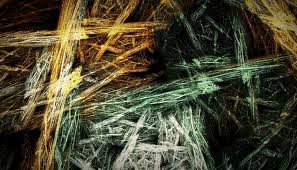 roblem of evil, and there are various schools of thought regarding this issue. I dare say the debate will continue ‘til kingdom come, but there is one thing I do know for sure. God can bring good out of even the most difficult circumstances. And he will accomplish this through Jesus.

In the pericope above from Charles Dickens’ A Christmas Carol, Mrs. Cratchitt had asked her husband how their crippled Tiny Tim had behaved at church, to which he replied, “As good as gold, and better. Somehow he gets thoughtful sitting by himself so much, and thinks the strangest things you ever heard. He told me, coming home, that he hoped the people saw him in the church, because he was a cripple, and it might be pleasant to them to remember upon Christmas Day, who made lame beggars walk, and blind men see.” As I read this, I began to think that the disposition of Tiny Tim, a child who suffered greatly, should be our own. “God, somehow, through all of this suffering, let people be moved to think about You.”

Christian, as we struggle to comprehend what has happened in Newtown, let us resist the temptation to use it as a platform for our own personal political ideologies, and pray instead that in the midst of such senseless brutality and suffering, that the One who offered his life willingly upon a cross, enduring the most heinous example of human depravity may be brought to bear in the hearts and minds of the families of Newtown. Let us pray that God’s Spirit will show the community of Newtown the reality of the One who said, “ I AM the resurrection and the life, he who believes in me, though he die, yet shall he live, and everyone who lives and believes in me shall never die.”

Friends, where sin abounds, God’s grace abounds all the more. True comfort, true healing, true restoration is to be found in Jesus and it is He who can minister to the brokenhearted people of Newtown and the nation.

3 thoughts on “Newtown: What in the Dickens?”

Leave a Reply to No Longer I Cancel reply